I’m back from Helsinki and I’m feeling kinda sad: the city was stunning, with lots of things to do and lots of place to see, however it didn’t help the fact that everything was quite expensive (take a look at the prices listed by Numbeo). Our apartment was located near the city centre and it was very easy to get there.This is a map I made with Google Maps Engine to help me navigate through Helsinki (for your pleasure, some of Tallinn‘s famous attractions are also included, another beautiful city worth visiting).

We moved on foot all the week, and we took the public transportation (metro, tram and bus) only three times. To sum it up, the trip was enjoyable and I’ll definitely go back to Finland one day (did I mention that Finnish language is awesome?).

However, one of the things that intrigued me the most was the Kiasma Museum of Contemporary Art. The structure of the museum (conceived by Steven Holl) is really great, so is the design of the interior space, allowing natural light to expand itself through the glass walls. There were three different expositions during my visit: the first one was Kimpassa / Together, a joint venture between Marimekko (a Finnish fashion/design company)  and Kiasma, featuring all kind of different works made by Marimekko designers: objects, clothes made of Marimekko fabrics, paintings, photos. The second one was Kiasma Hits, comprising works from many different artists from all over the world. I was sort of surprised when I found a musical piece by Vladislav Delay (the only Finnish group I know) inside the men’s toilet! I’m not very much into contemporary art but these two expos were really fascinating, and they definetely prepared me for the final expo on the third floor of the building: Alfredo Jaar’s “Tonight no poetry will serve”.

This one was incredible. I didn’t have a clue who Alfredo Jaar was, even if he has strong ties with Italy. The political and moral themes of the exposition are really powerful and moving, relating to hard problems like famine, poverty, immigration in places like Africa, Asia and Latin America, questioning our roles and responsabilities as citizens of the modern world. There were too many great works to talk about in this expo. Let’s have closer look on the ones that made the best impression on me: 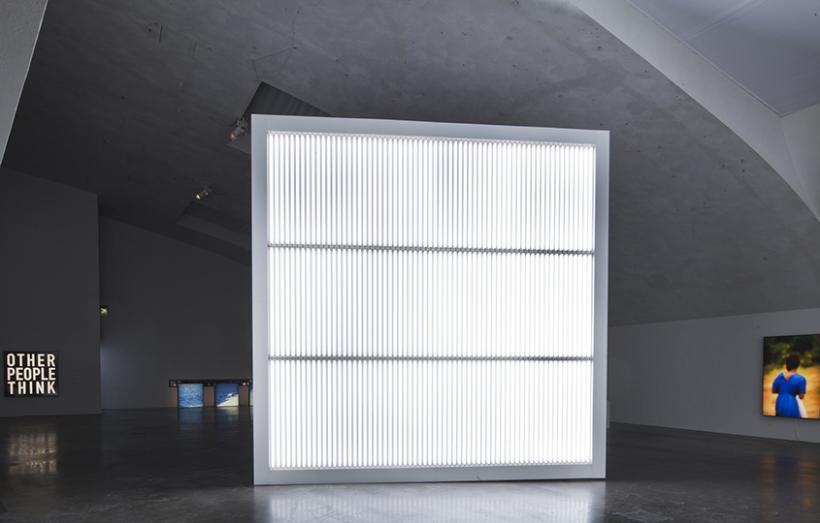 – The Sound of Silence

Oh boy, this one was very tough. It’s about the most famous photo of the famine in Sudan, the “starving child with vulture“. It’s basically a room with a projector, on the screen you can see slides of text that tells the story of Kevin Carter, a South-African photojournalist that won the Pulitzer Prize for that photo, before committing suicide, hunted by the images of starving children. The installation utilizes strobe flashes pointed towards the spectators to achieve the best dramatic effect possible, which slowly builds up during the 8 minute presentation. Very emotional, like the photo on which is based.  Roberta Smith on NYT.com acknowledges how Jaar manipulates a little bit the story to shape his work of art. 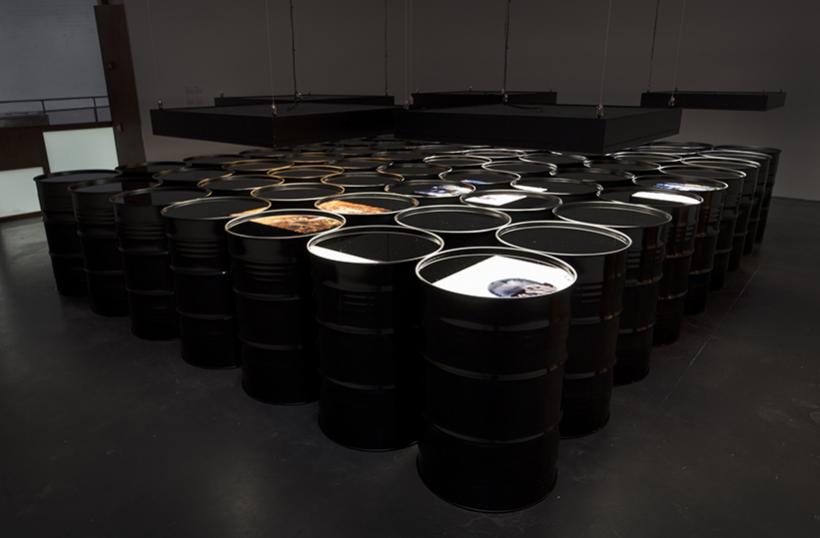 Another powerful installation composed of several black barrels full of water, with photographs of residents of Koko, Nigeria. In 1987 several tanks of toxic products coming from Italy were dumped in that region, causing an enormous environmental damage to the territory. Jarr took photos of the residents, living in extreme poverty and intoxicated by the industrial waste, compromising the life of generations to come. It was hard to look at those faces. 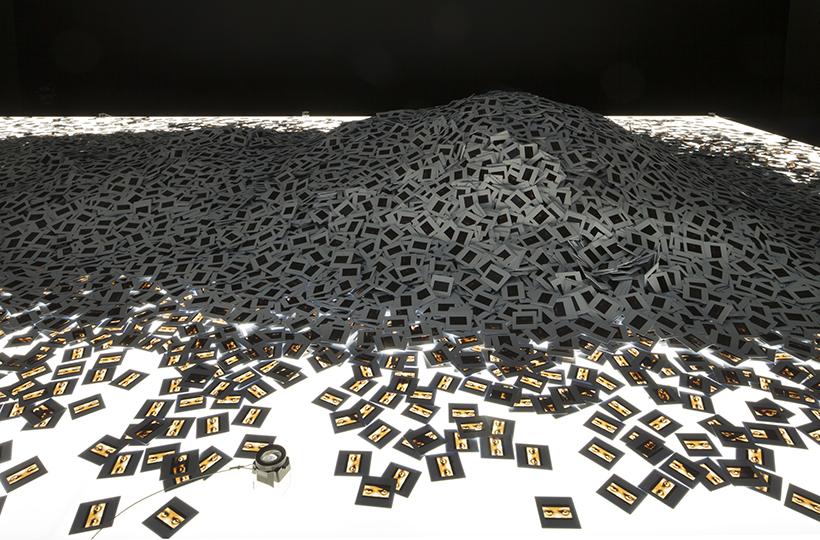 The display was impressive. Jaar was in a refugee camp in Rwanda, where he saw many orphan children that lost both parents during the Rwandan genocide. Many of them had lost the ability to speak, including Nduwayezu.

Who is Nduwayezu? Can you tell us more about his situation? Why did you decide to represent only his eyes in this work?

I visited a refugee camp and Nduwayezu was seated on the stairs of a door. I discovered very quickly that all these kids were orphans that had witnessed how their parents were killed. Nduwayezu actually saw his mother and father killed with machetes. His reaction was to remain silent for approximately four weeks. He couldn’t speak. His eyes were the saddest eyes I had ever seen, so I wanted to represent that and speak about his silence—because his silence refers to the silence of the world community that let this happen.

There were a tons of other interesting works, many of them related to the Chilean Coup (backed by the USA), political and immigrational problems (see One Million Finnish Passports or A Hundred Times Nguyen). You can find more on Alfredo Jaar’s website. His works are so strong and powerful on the political side, they can help us to be more aware as citizens, always maintaining a critical point of view when studying the world and its history.

A very nice video made by Vogue Italy, in which Jaar explains some of his ideas and motifs: